This looks like an ideal solution if you want to let user pick multiple colors.

While checking out the new UIColorPickerViewController in iOS 14 I have noticed that there is also new control called UIColorWell. I initially thought that this could be part of the color picker available separately but it is something very different.

We can also set the supportsAlpha property to false to allow only opaque colors. Same as with UIColorPickerViewController.

That's introduction done. Let's go over usage. UIColorWell does not play well with Interface Builder. It is not available in the objects library so you need plain UIView and then set its class to UIColorWell even then there is no preview. The control is roughly 25x25 points so set constraints accordingly 🙂

UIColorWell has selectedColor property we can use to pre-select color or observe for changes. As Apple notes in the docs it supports KVO and also sends valueChanged so to get notified of changes we can attach target like so:

And I believe that is all there is to UIColorWell as of right now. It would be nice if it worked in Storyboards or could be triggered programatically (for example when user selects table view cell) but I did not find a way to do this. Tried the sendActions(for: .touchUpInside) method but with no luck. If you know how, please let me know at @nemecek_f. 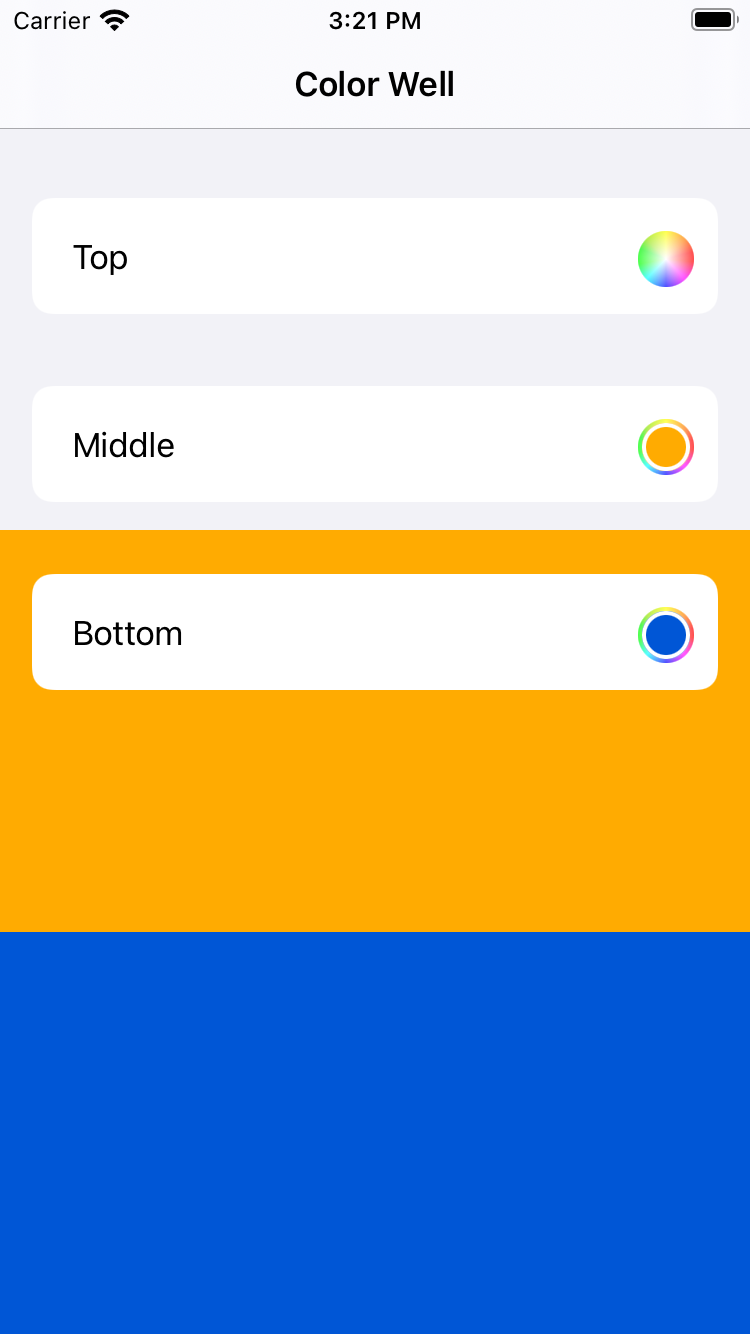 How to add swipe actions to Collection View

With the Compositional Layout list configuration this is fairly easy.

The easiest way for creating standard list layouts with the new APIs available from iOS 14.

Xcode: How to upload build with different Bundle ID to TestFlight

When you need to really separate development backend from production one.

How to use UICalendarView in iOS

Look at setting up the proper calendar view with selections and customizations.

How to use Live Text API in your iOS app

How to configure UIKit bottom sheet with custom size