Manage and publish press releases for you app.

Some time ago I was talking with folks on Twitter and elsewhere regarding what else could ImpressKit offer. And I got nice suggestion about press releases. These aren't that common in the mobile app world - especially with indie developers - but I think press release can be super valuable tool when reaching out to press.

Mainly because it gives you reason and content to share beyond the initial pitch email. Let's see what ImpressKit offers so far.

Each create press kit has new "Press releases" section you can get to either from the press kits list or press kit detail in the admin. This section is list of your press releases for a given app, ordered by newest. On the list you can quickly see last update date, whether or not a press release is a draft and similar information. 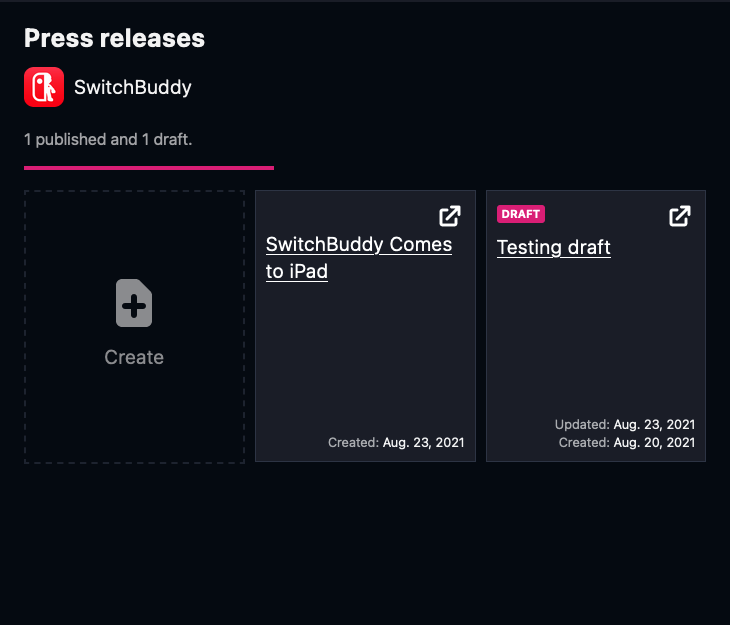 Just like the "Overview" section in press kit, press release uses Markdown for formatting and editor with live preview. 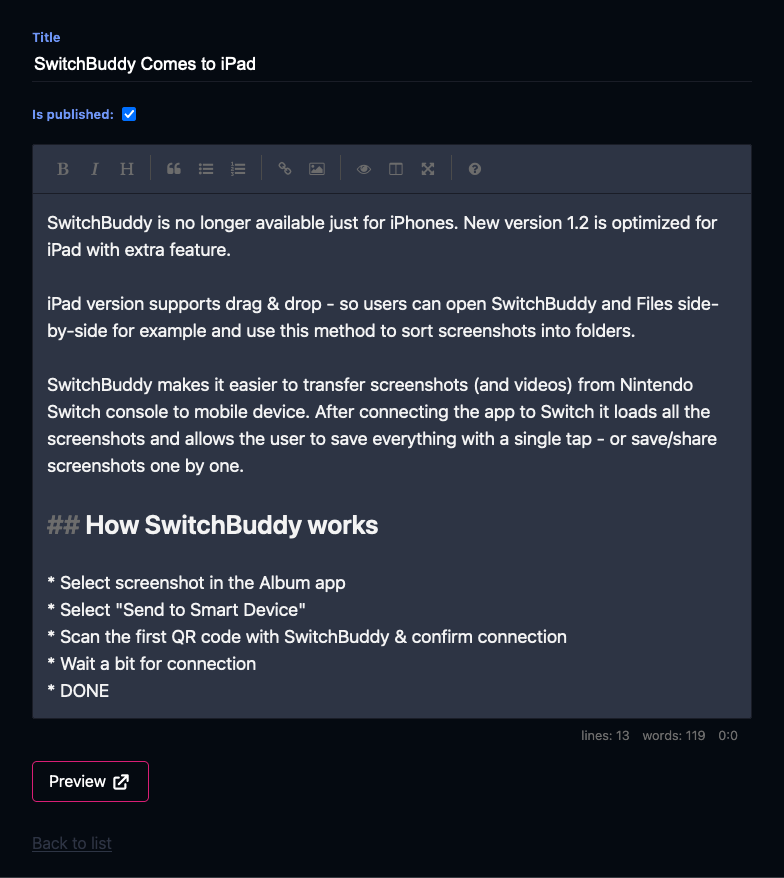 Once press release is published, it is visible to everyone with a link and public press kit detail also lists recent published press releases.

TIP: You can preview drafts by simply opening them. This only works if you are logged in and there is prominent banner informing about the draft status.

With the design, I tried to evoke paper-like feeling so there are no rounded corners and the head with date uses serif font. And since each press kit can have accent color, I am making a use of it on the press release detail as well. 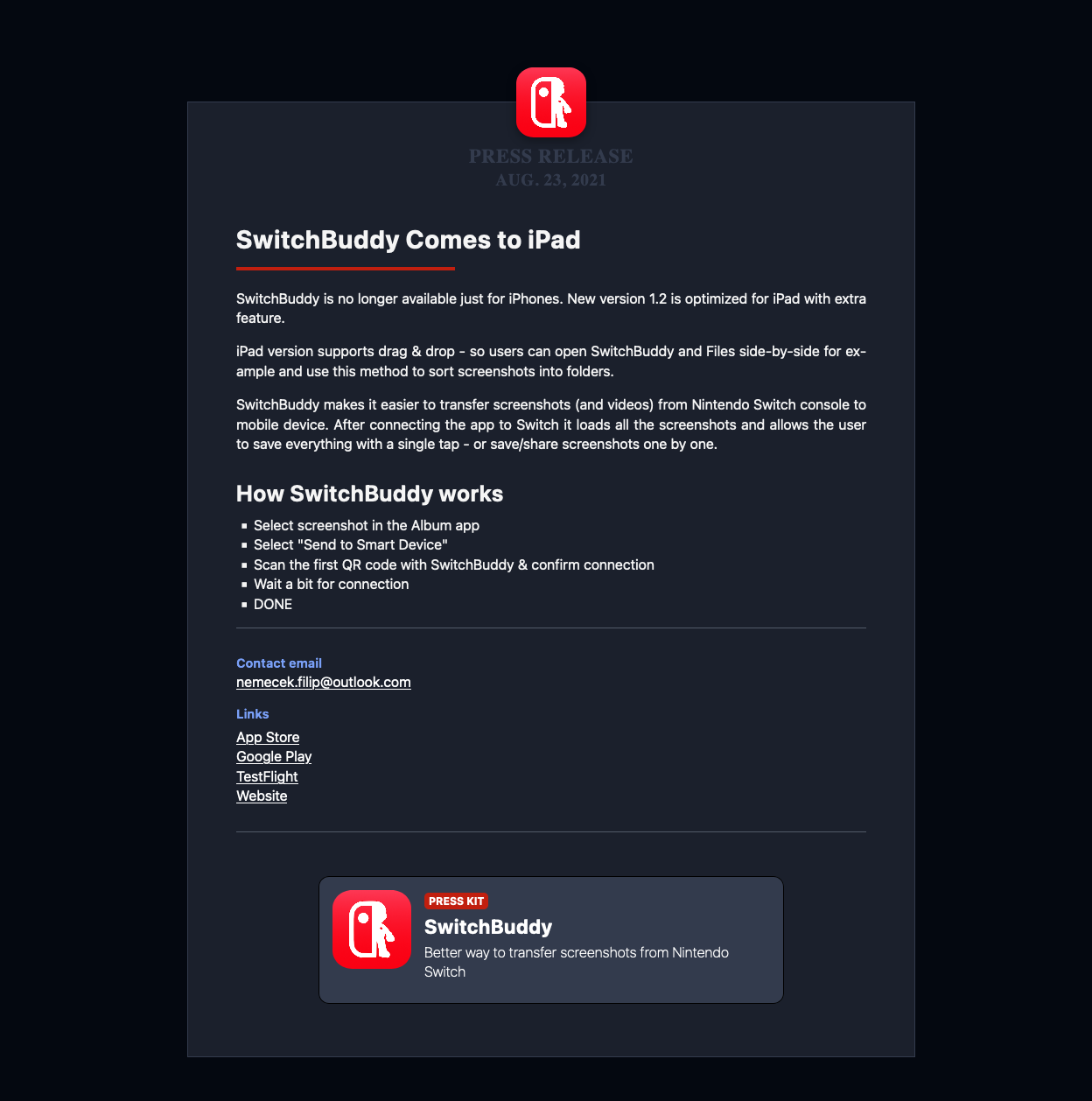 For a live demo, you can check example press release for SwitchBuddy.

When I started working on press releases, I planned to ship new Guides section on the same day. But in the end I decided to ship finished press releases so I can gather some feedback.

The purpose of Guides will be to help with preparing press releases, how to structure them etc. I also want to have guides regarding press kit text content, which screenshots and images to use and similar. This will be quite simple from the programming side of things, but I expect it to take some time to research these topics more and write them up.

All the important new features and changes in one place.

How to create Press Kit for your mobile app

Short guide to get you started, especially if you haven't created one before.

How to do press kit guides: publicly available

Currently there are three with more on the way.

First guides are finally available + a bunch of other useful tweaks/improvements.