My small contribution to the Django community.

Over the last holidays I built a small site to catalog all the Django blogs. I like working with Django framework a lot and I wanted to create something for the community. Getting you blog noticed is not easy and so DjangoBlogs.com was born.

I am really thankful to Dave Verwer - his great iOSDevDirectory.com was great inspiration. Thanks to his site I discovered the OPML format. With this file you can import all the blogs that have RSS feed into your RSS reader.

The site was live since late December but I publicly launched it January 5th. So far the reception was awesome for which I am really grateful. Both from folks who I have emailed informing them that I have added their blog and over at Twitter as well.

I am also very happy that I could include first blogs submitted to the directory by the community. 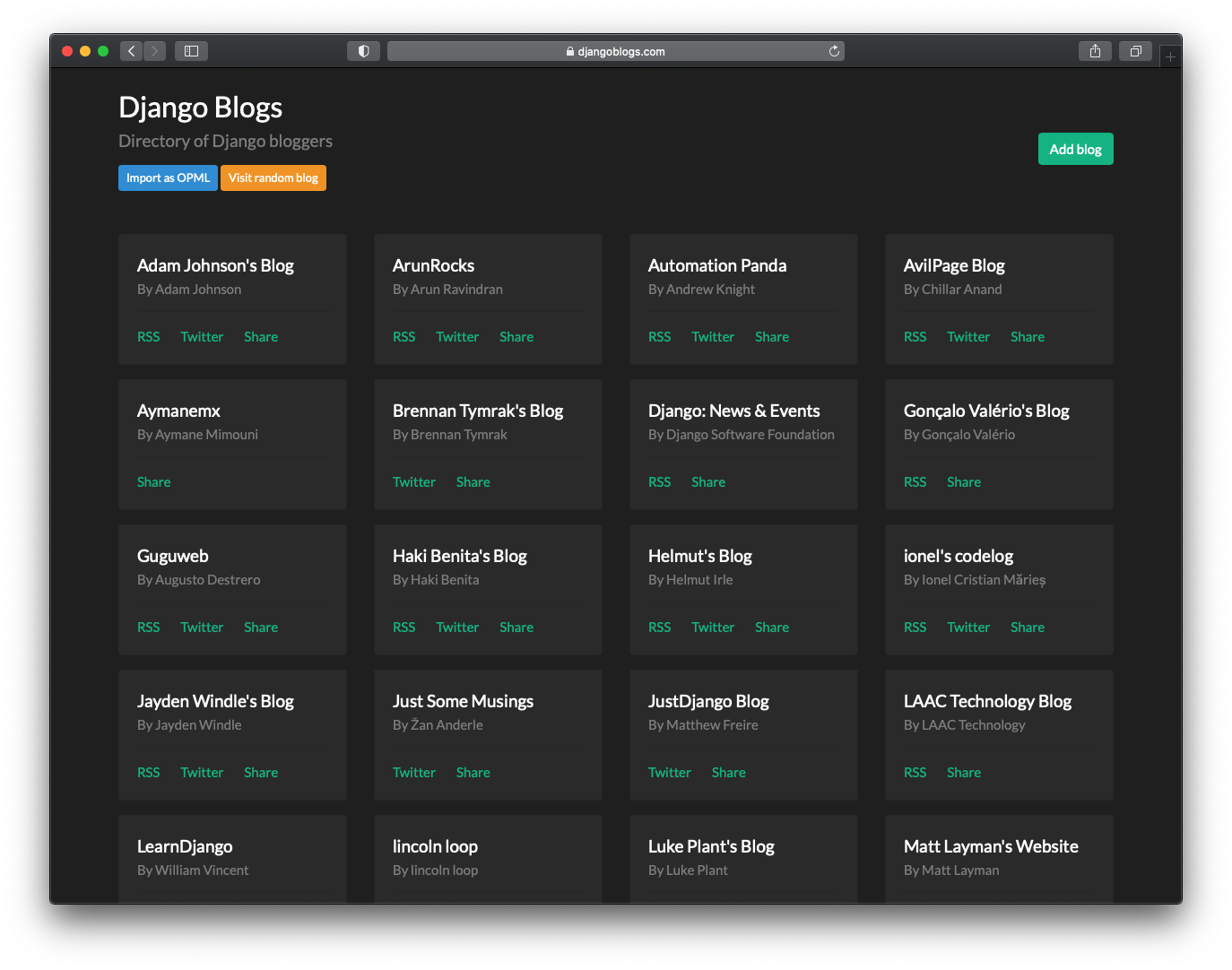 PS: I have another project in the works 🙂

Just a few notes regarding the launch of video section.

Find new articles from the iOS/Swift community and support the bloggers!